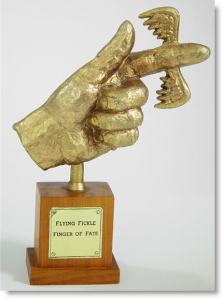 In the late 60s and early 70s, an enormously popular TV comedy show, Rowan & Martin’s Laugh-in, routinely awarded the Flying Fickle Finger of Fate trophy for such things as Congress being unable to pass gun control legislation (click on the link – 47 years ago and we’re still talking), or for cops who sleep on the job, or once for the state of California for passing a law that allowed car dealers to disconnect odometers until the vehicle was sold. Though delivered within the context of a variety comedy show, most recipients were chosen for a more derisive purpose.

So, the Polar Divide. I say polar as in opposite as well as something glacial (big and cold) in nature. It’s what we’ve got. Here’s a short list:

Republican vs Democrat: budget and debt, education, the environment, immigration, and tax reform go through endless yet inconclusive debate. 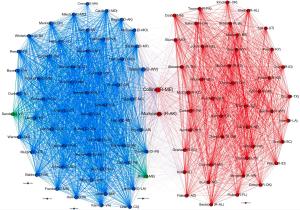 Ban the Confederate Flag vs proudly flying its colors: racist or heritage – an amazing example of how people can be insensitive and egocentric

For those for Obama vs those Against Obama: more like Democrats vs Fox News 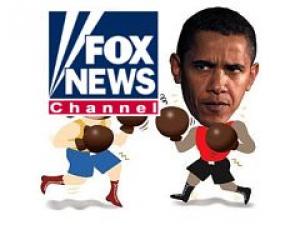 White Supremacists vs Jews and anyone not white: the ugliest face of America 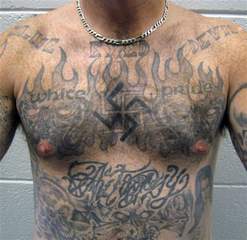 1% vs 99% (Government, Wall Street, and the wealthiest Americans): the definition of unbalanced.

Freedom From Religion vs Religion (State vs Church): Bible thumpers, atheists, governments, all circling around the mat, pulling quotes out of context, misconstruing the truth, and morons like Pat Robertson claiming we’re all going to be having sex with animals soon because of gay marriage (apply this comment to the marriage item above, as well).

Police Brutality vs Black People: it’s hard to ignore the fact that more unarmed black people are shot by police than any other group, but people also forget that uniformed police officers are often moving targets – when your life is on the line daily, it’s hard to imagine that you don’t overreact sometimes. Unfortunately, an underlying sense of racism fuels the fire, and it’s not going to get better any time soon.

American Jihadists against anyone and everyone. As I said in a post a couple of months ago, the war is here, and it too won’t be getting better any time soon.

I’m sure if I thought for another three or four seconds I could augment this list with another dozen examples. Such a huge percent of the news I read and the meme’s I see (I also create memes in the way cartoons try to illustrate the ridiculous, but I do attempt to be truthful) are so heavily laden with finger pointing that things have escalated to the point where truth has been left behind; in fact it’s unrecognizable. Our political candidates are, and always have been, the worst of the lot. They just don’t get that we don’t want to hear what the other guy did wrong; we want to hear what they’re going to do, instead.

Wars often bring a people together (Vietnam notwithstanding), but I don’t see how in the face of these polar divisions we will ever be able to conquer our domestic foes (hell, our own Civil War only had like four major fundamental factors), not to mention those that are ramping up their military overseas: Russia, China, North Korea, and the indecipherable mess that is always the Middle East – loyalties, hatreds, vendetta’s, alliances; they shift faster than the sands of their dunes.

So, on this fine morning, I hereby present the Flying Fickle Finger of Fate award to the Government of the United States and its people for being so addle-brained, capricious, and ignorant that the nation now has a seemingly unsolvable divide and for setting the nation rolling down the hill to oblivion with no emergency brake.

1 thought on “The Flying Fickle Finger of Fate Award: The Polar Divide”