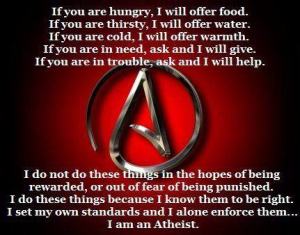 There is a fair amount of coverage lately about the decline of religious affiliation in our country. The right wing conservatives of the Republican Party seem to be concerned, as if their constituency is fast disappearing along with the moralistic key holders of hetero-sexual marriage and gun rights. The bible thumping adherents of the middle states must be cringing in their pews.

Well, considering that religion has been the root cause of more death, destruction, and misery over these many millennia, I can’t look upon this recent trend as a bad thing. They say the decline comes in part with the influx of immigrants of non-Christian faiths and the rest as a slacking off from Sunday-morning church attendance to a less caustic spiritual existence (whatever that means).

When I was eight years old, my parents informed me that my father was taking steps to answer his “calling” to enter the priesthood. Sure enough, he disappeared from my life for several years as he worked by day and went to Mercer School of Theology at night with the goal of being ordained in the Episcopal Church (that’s catholic-lite to the R.C.s amongst you or catholic without the guilt). Three years later, I rose from my bed with the flu to witness our bishops administer the laying on of hands at the Cathedral of the Incarnation in Garden City, NY (yes, Episcopalians do have the ‘authority’ of Apostolic Succession). From that day forward I became a PK. Shortly thereafter, we moved into a rectory and began a life that was heavily infused with religion – it was our daily existence. And, I did my part. I trained the acolytes, became a Sunday school teacher, joined the vestry when I was eighteen, and passed the requirements to become licensed as a Lay Reader and a Chalice Administrator. On rare occasions, when my father was sick, I even led the congregation in Morning Prayer. This continued into my adult years.

One day, while showering, I had an epiphany (not of the religious sort) and answered a nagging question: why did I have so much trouble holding my faith? Answer: I never had it in the first place. It was stunning in its simplicity. Something clicked into place at that moment. I realized that most of the teachings of the church didn’t make sense, never did, but I was now free to explore alternatives, and not to stubbornly try for the forced acknowledgment of a faith I didn’t have. I embraced agnosticism for about a month. The exploration ultimately led to atheism.

Now, here’s the irony. The thirty years of religious life, of going to church weekly, if not semi-weekly, of reciting and memorizing countless prayers and creeds never came close to the profound realization I gained from becoming an atheist.

Simply, it is this: imagine, just for a moment that there is no God, that there is no life after death, that your time on earth is truly the only shot you have at living – just picture this for a second. Now imagine how much more the value of a life increases. How much more heinous is a murder, or a war, or neglect of our fellow man given that this is all s/he will ever have. It increases the magnitude of those transgressions beyond understanding. You would no longer be able to suffer life with the thought that it’s all right, that your reward will come after you die. You can no longer take solace in the concept that the evil-doers of the world will suffer an indescribable fate when the Day of Judgment comes. It knocks the system of justice off its well-oiled tracks and trashes thousands of years of assumption. When you free yourself from the constraints that teach against the idea that it’s possible to have evolved into sentient creatures without benefit of a divine magic wand, it liberates your thought process to imagine so many other insightful and meaningful truths.

Atheism taught me this. Atheism taught me to honor the life of every deserving human being. It taught me restraint. It created in me a painful sensitivity to injustice – something which hurts more every day as I read the roundup of news both here and abroad. Take a good hard look at the world – it’s insane and it’s getting worse. Much of it has to do with religion.

Maybe the answer to it all is the paradox of atheism.